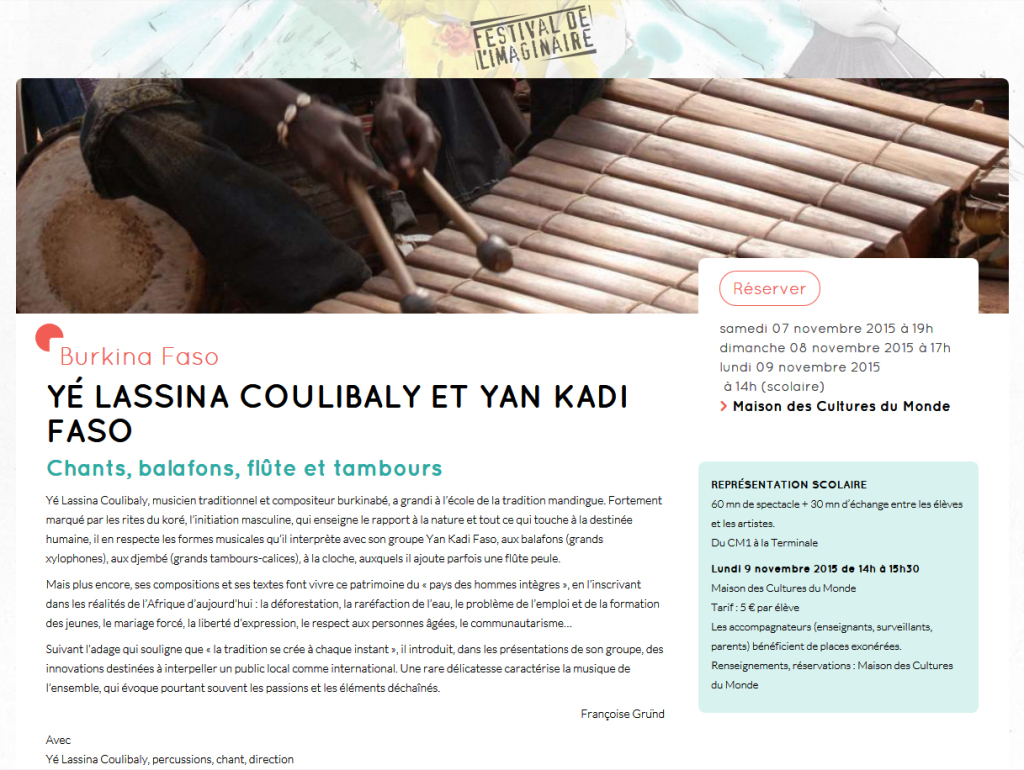 -Shows for all public-

The musical band is composed of nine musicians and dancers who are firmly linked to African soil. Fed to the land of red earth and honest men, Burkina Faso, they exhibit to their public an authentic repertoire of music, songs and dances. The instruments are all African: kora soukou, djembe, balan, flute, doumdoum, tamani, bara, goni and kamélégoni; they interact with each other for recognition of a trans-ethnic African cultural identity. This mix of instruments unknown in Europe comes to our understanding of African culture and to assert the wealth of their continent.

If Ye Lassina Coulibaly produces a quality artistic work he also wanted, through his creations, to perform as a global citizen.

Thus, his repertoire attempts to defend universal values by denouncing attacks on nature and human dignity.

Witness to its commitment, his lyrics tell us about respect and protection of nature : fight against deforestation, pollution, water scarcity, climate changes; his texts also refer to the difficulties faced by women and men: lack of employment and training for young people, high-standards of living, privatization of public services, inadequate of health and education infrastructure, difficulty of undertaking, alienation of some people facing an increasing globalization … the repertoire doesn’t forget the respect and dignity of the human being : conviction of pedophilia, condemnation of forced marriage, freedom of speech claimed, respect for the elderly, praise difference, fight against racism … the ambition of the band  is to bring and support those who are poor and voiceless.

With his texts, Ye Lassina Coulibaly also conveys the pride of his country; by reminding its rich natural resources, singing the beautiful scenery, commending the courage of men and women or emphasizing their hospitality and joy of life. 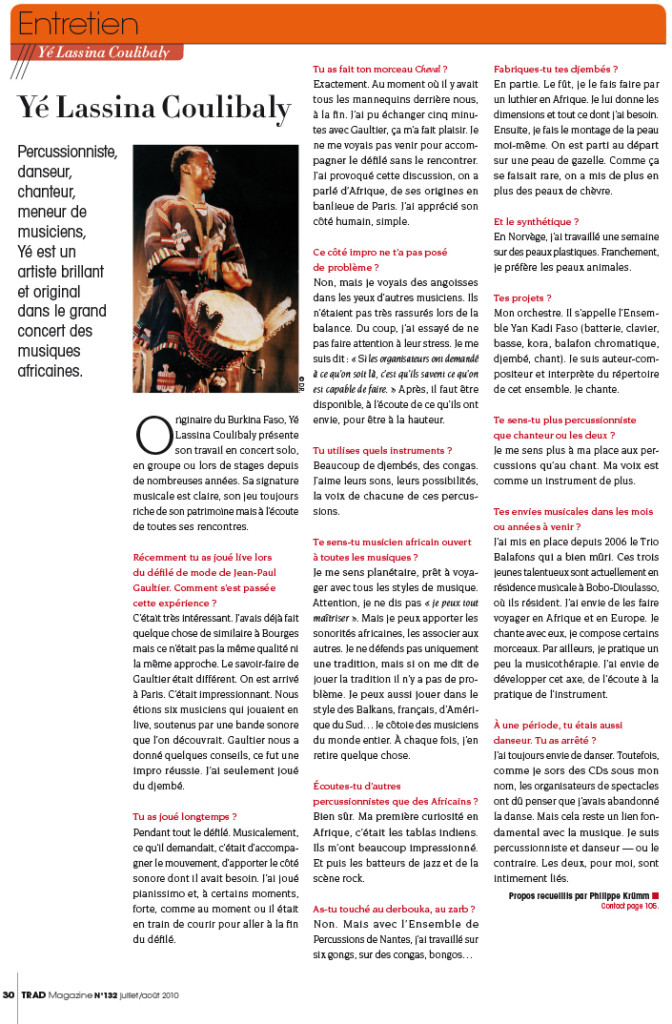 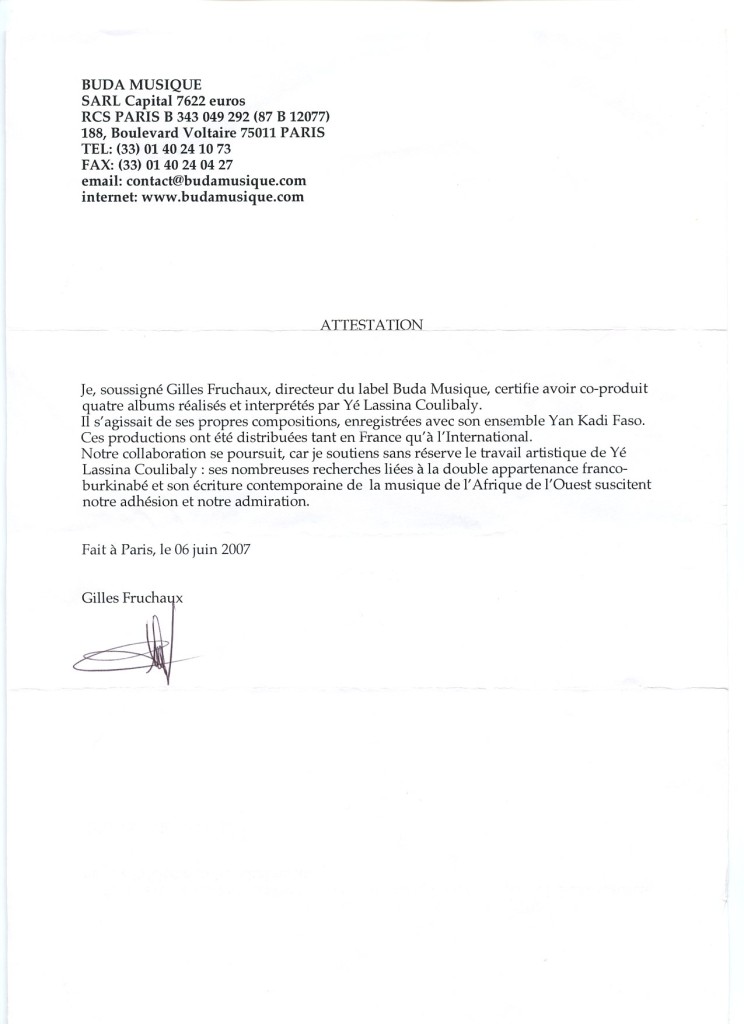